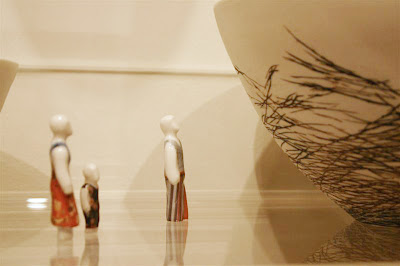 At the gallery opening, the Little People had lots of other adventures (captured by Jim). They found a huge birds nest made of porcelain (by Shannon). They kept looking at that nest for a long time. I guess that bowl made them calm. 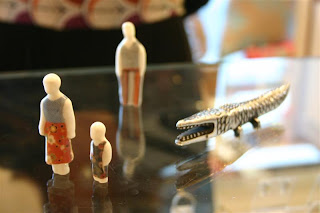 Next, they faced a dangerous situation.The smallest Little Person was nearly bitten by a crocky! "Watch out!!!" 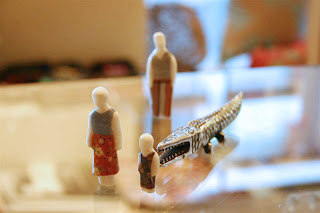 It's up to you to decide what happened to the smallest Little Person...I think the crocky just wanted to sniff them! 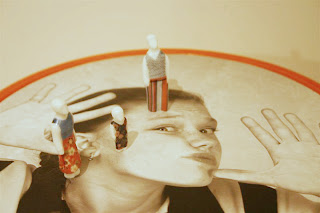 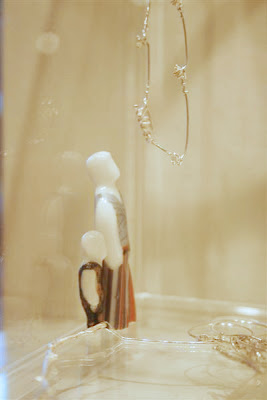 The Little People are a bit obsessed by playing with things that are hanging. They kept saying, "How can I get that??" I don't know if they ended up reaching it. 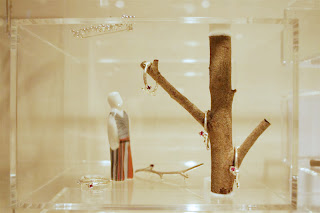 Next, the Little People Dad started on his own journey. The rest of the family said, "Where are you going Dad!!!??? Dad didn't have an answer.......! 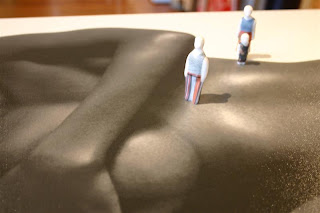 They had so many interesting experiences in a short amount of time, even before their sleepover with Jim began! (Jim's sleepover adventures coming soon...)
Posted by Kenji Uranishi at 8:30 pm