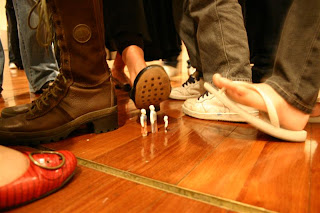 Recently we took some Little People to the Craft Queensland opening called Queensland New Design. The Little People had know idea why so many people were standing and chatting and drinking in the same room. They could only stand where they were put. Because of their size, someone who didn't notice them nearly stepped on them. But luckily someone spotted them and said, "Stop! Something's down there!!" 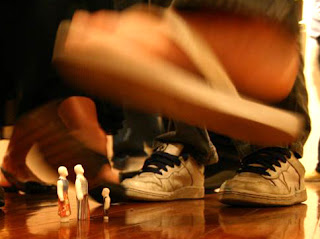 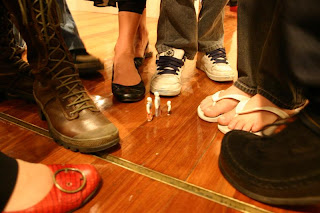 Finally they became safe and also they understood about the happening in the room. Perhaps they are still cranky with us. Sorry!! That was a big night for them. It wasn't just a night out, it was their first gallery opening and sleep over with someone they didn't know. In Japan we have saying about kids. "If you love your children, send them on a journey." Let the Little People's journeys begin!
Thanks to Jim for taking the photos.

Posted by Kenji Uranishi at 6:13 am

Where are they going?

I love them! Send some to me!

all will be revealed soon!

Hi! Thanks for visiting our blog!