It’s been a while between updates here at Sandwich Mountain. There was a terrible tragedy, and its only now that we feel we’re able to talk about it.
Here’s what happened.

While travelling up in Northern Australia last year, the Little’s set off on a day trip to the beach. The sun was shining, the birds were singing and the ocean was a glittering sea of blue... 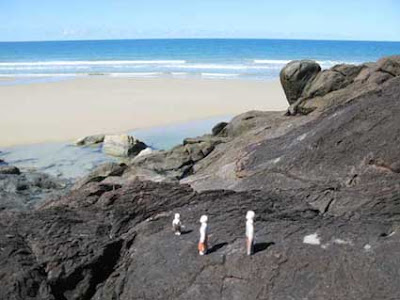 Dad had a little dip, and then they sat on the water’s edge enjoying the sunshine and the peace and quiet... 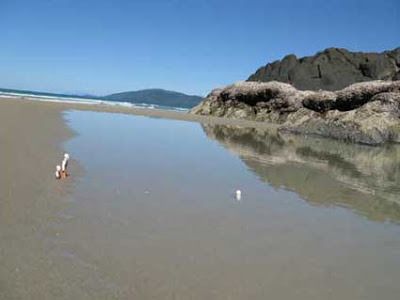 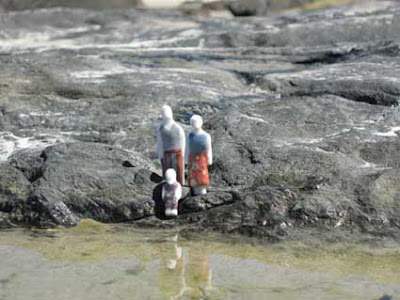 But unbeknownst to them, the tide was fast coming in. Dad climbed up a hill and looked out over the roaring torrent of water that had carved a river through the sand, blocking their only route of return... 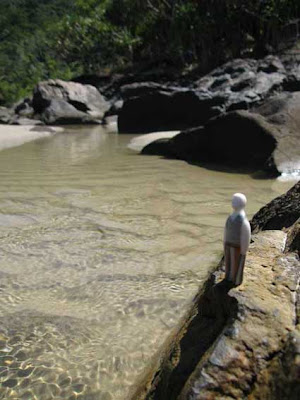 There was nothing for it but to go down and try to find some way across. They trudged along the edge of the river for hours, looking for a shallow place to cross. 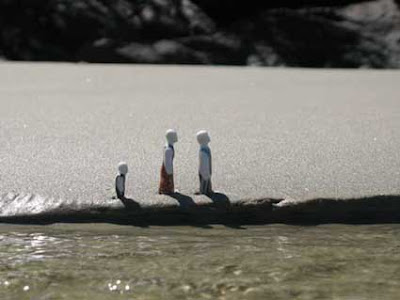 Mum and Kiddy Little could go no further, so Dad did his best to make a boat from an enormous leaf that had dropped to the ground. 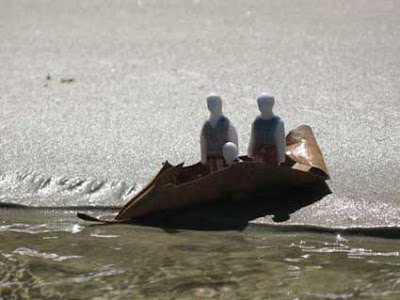 They pushed off into the river but soon found themselves swallowed up by the raging torrent, their little boat sunk and destroyed. 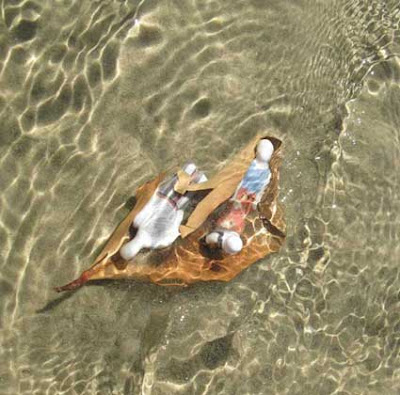 Dad, in a valiant effort, managed to drag mumsy and Kiddy Little across to the other side of the river and haul them up onto the edge. They were safe. P-H-E-W!!! 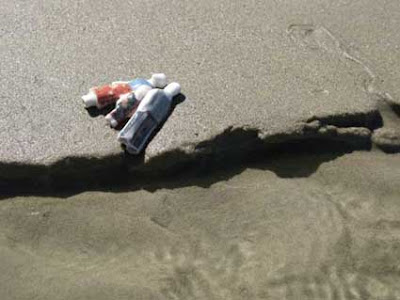 But that’s when the real tragedy struck. As they lay there gasping for breath, a hungry little North QLD crocodile jumped out of the water and bit Mums foot clean off. We won’t show you photos of that though. They’re a bit too gruesome. 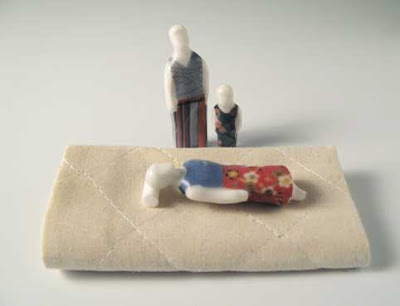 Dad and Kiddy Little managed to fight off the beast and drag Mum to safety before she was eaten entirely. They flagged down a passing four wheel drive and took her to hospital where she’s been recuperating for the last few months and learning to get around on her one remaining foot.

It was a tragedy indeed. But on the bright side, at least she’s still with us.
Posted by Mel Robson at 3:35 am

I was wondering about the Littles. I guess that means mum won't be doing any dancing anymore, huh?

I'd like to have seen the other two fighting off the croc. *L*